Catherine Schenk, Oxford, about uses of the past 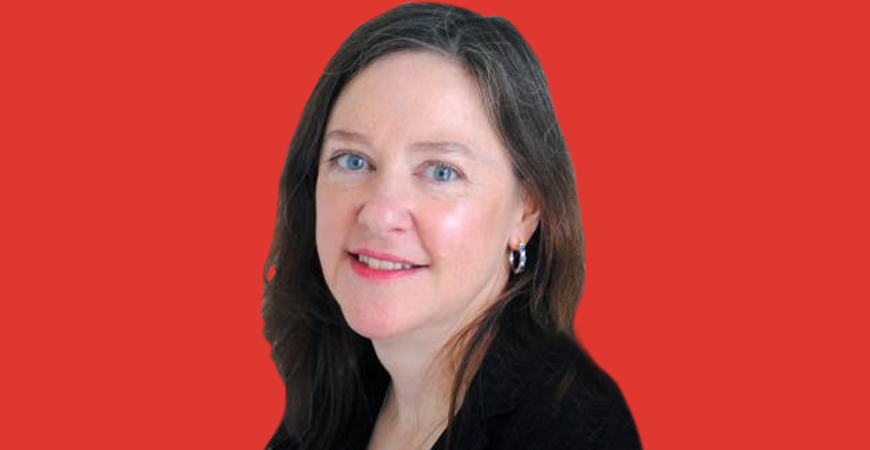 In September 2018, the Centre for Business History hosted a seminar in the UPIER-project. Our head of research, Anders Houltz, sat down for a talk with UPIER’s project manger, professor Catherine Schenk from University of Oxford.

Most of Swedish banking history is archived at the Centre for Business History in Bromma. We were therefore very glad to host a workshop organized by project UPIER, Uses of the Past in International Economic Relations on 27-28 September 2018.

I took the opportunity to ask project leader Catherine Schenk, Professor of Economic and Social History at St Hilda’s College, University of Oxford, about the project’s findings so far.

Why a project on the uses of the past in international economy?

I was inspired by what happened during the global financial crisis, some ten years ago, when world leaders really looked to past examples in order to inform how they would respond to the present crisis. The Federal Reserve Bank’s chairman at the time, Ben Bernanke, is an economic historian, focused on the 1930s. I think that his understanding of the past was an important driver for how he and other central bankers responded in terms of the monetary expansion, trying to make sure they didn’t repeat the mistakes from the Great Depression, the ones that the Federal Reserve had been so blamed for.

There is a famous book by Freidman & Schwartz, called A Monetary History of the United States, 1867–1960, that argues very strongly that the federal reserve didn’t allow the money supply to increase enough when the 1929 crisis hit, that they were too restrictive, and that this led to a series of bank failures that turned the Great Depression in the United States into a global crisis, much worse than it could have been otherwise. So one of the first impulses when the Lehman’s collapsed and we were in for a global liquidity crisis was monetary expansion, and indeed that carried on until the last couple of years, and it has only been reversed just now by the Federal Reserve.

So that gave you the idea to look upon this as an example of a general phenomenon?

I think so. It sparked my imagination to look for other examples where policy makers, bankers and actors on the market used the past, usually a kind of construction of the past, not a particular historical record, but past experience or memory to inform their responses, particularly to handle crisis but also to deal with situations where there isn’t much information. They have to look backwards in order to look forward.

This is a truly international project. I can see the advantages of that, but are there also problems?

It is kind of complicated. We have our hubs in Glasgow and Oxford in the UK, in Uppsala, Madrid and Geneva, but also the nationalities of the researchers and the experience in the research area are very wide, with examples from the US, Mexico, Canada, France, Germany and a whole range of counties. But I think it enriches the project. We are looking at international markets so it is complex and it has to be. I have been amazed by the participants’ ability to work around a theme and to connect their findings in ways that are quite creative.

You are now entering the last year of this three-year project. Can you identify some general problems in the way international actors relate to the past?

On your project web page, you pose the question: “Why are investors’ memories so short?”

Why indeed? And again, this is inspired by what happened during the global financial crisis, because in the run-up to that crisis everybody thought: “Well, there’ll never be another crisis”, and “This time it is different”. As historians we know that history does not repeat itself, but there are resonances and rhythms to what happens. And so, particularly in the sovereign debt market, you get borrowers who default again and again, and still they can get back into the market. We were interested in why investors and banks have quite short memories about this, and what incentives draw them to be lending to, in this case, countries who are serial-defaulters.

How do you answer a question like that? By giving examples, or can you actually give a general answer?

What comes up very strongly is that changes in market structure create incentives to forget. I think that is a really important insight: that changes and innovations in the market structure made banks feel that they were shedding risk, and that it wasn’t as risky as last time because this time they were doing things in a different way. That is exactly what happened in the run-up for the global financial crisis in 2007–08: “We’ve securitized our risk, so it is not as risky now”. I think this relationship between financial innovation, changes in structures and that ability to forget is important. Lenders are trying to get high returns, but the returns are short-term while the risks are long-term, and that balance creates a tension.

Can it sometimes also be good to forget the past?

Well, you should be able to be inspired by the past as well, because it is not always bad news! I do a lot of work with international policymakers, and a little bit of work with bankers, and as an historian I think it is important not to be captured by the past, indeed, but to have a clear understanding of some of the relationships, the foundations, for what happened in the past. So that you can either say that, well, conditions have changed, and choose to go in a certain direction, or you can say that the foundations may have changed but what we have now has similar aspects. But I think there are still ways in which policy makers, bankers and market actors can use the past without becoming captured by it.

Are these actors curious about your results?

They are. I have really been struck by the interest not only among academics but also in international agencies like the International Monetary Fund or the Bank for International Settlement. I find that the challenges in the international monetary system, international banking and regulations, particularly in the period 2010–2015, were quite similar to the challenges and debates about regulating the global market in the 1960s and 1970s. So when they came up with these ideas and proposals, and learned that similar things had been proposed before, they of course wanted to hear why these proposals hadn’t worked so well. That is a lot of fun, it brings historians out of the purely academic and allows us to use our academic work to inform policy makers about the contexts in which they make their decisions.

Do they sometimes want to lure you into predicting the future?

Always, always. And that is a very difficult thing for historians to do, of course. We are not predictors of the future, and indeed, neither are the policy makers. When using academic research, you need to be careful about what it is that you say. People are looking for very short, sharp, certain outcomes – which academics aren’t very good at, because the world is a complicated place. So it is a kind of translation process that you have to undertake. But I think it is important for historians to engage with people who are making decisions now, whether it is in business, in society or government. There is a role for historians, even though it is an uncomfortable one, sometimes, trying to get a more complicated story across. But I think it is important for those who make the decisions to hear the full story.

Uses of the Past in International Economic Relations (UPIER) is a three-year international research project, financed by the EU fond network HERA.

The project studies how banks and international loan- and financing institutions have used historical experiences at various times to handle crises and current events. Project manager is Catherine Schenk, Professor of Economic and Social History at St Hilda’s College, University of Oxford. The project team consists of researchers in economic history from various countries. Sweden is represented by professor Mats Larsson and och ph.d. Åsa Malmström-Rognes, both at Uppsala University.

Read more about the UPIER-project here.