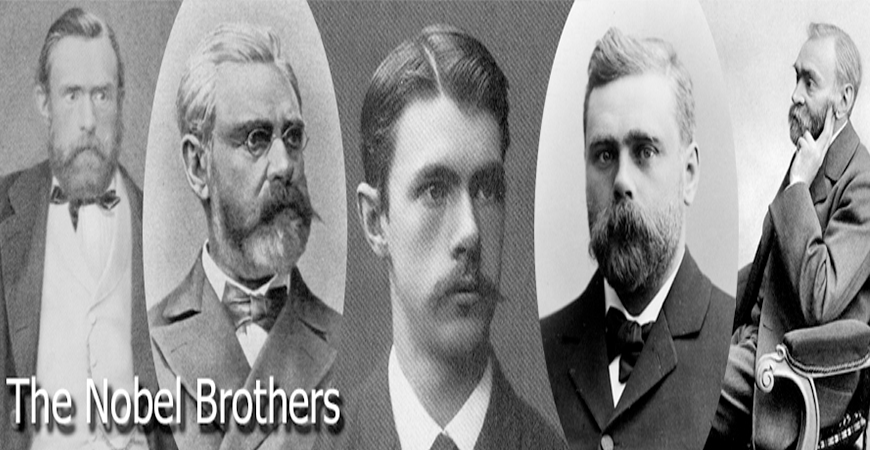 Alfred Nobel is the family’s best known member – but his brothers Ludvig and Robert built an oil empire in Russia with their company Branobel. And the family’s business endeavors in Russia began already in 1838 when father Immanuel traveled there for the first time. All this, and more, will be covered in a forthcoming book by Russia-expert Beng Jangfeldt and published by Business History Publishing, written

The book project is a continuation of previous projects where the Center for Business History has carried out major digitization of archive material in archives in Baku (Azerbaijan), Tbilisi (Georgia), and St. Petersburg.

The book is written by Bengt Jangfeldt, an expert on Russian cultural and literary history, who previously dealt with the Nobel family’s Russian adventures in the book Svenska vägar till S:t Petersburg, awarded the August Prize in 1998 for best non-fiction.

The book will tell the story of a unique industrial family, which begins with Immanuel Nobel’s trip to Russia in 1838 and continues with sons Ludvig’s and Robert’s business with mechanical workshops and the Russian oil industry. Their company Branobel became one of the largest of its time, surpassed only by Rockefeller’s Standard Oil. Their little brother Alfred’s business in Tsar Russia is also covered in the book.

The Nobel family is taking an active part in the project, making private material available to the author. Public archives are also available in Sweden, Finland and Russia, as well as the large digitized material.Over 100,000 digitized documents are also available on the brothersnobel.com website, which also contains articles that reflect the family’s activities in former Tsar Russia.

The book, which already is gaining international attentions, is expected to be published in 2020. Among the financiers are Marianne och Marcus Wallenbergs Stiftelse, Stiftelsen för Affärsfrämjande Utbildning i Ryssland (SAUR) and Stiftelsen Olle Engkvist Byggmästare (SOEB).

Questions about the project?