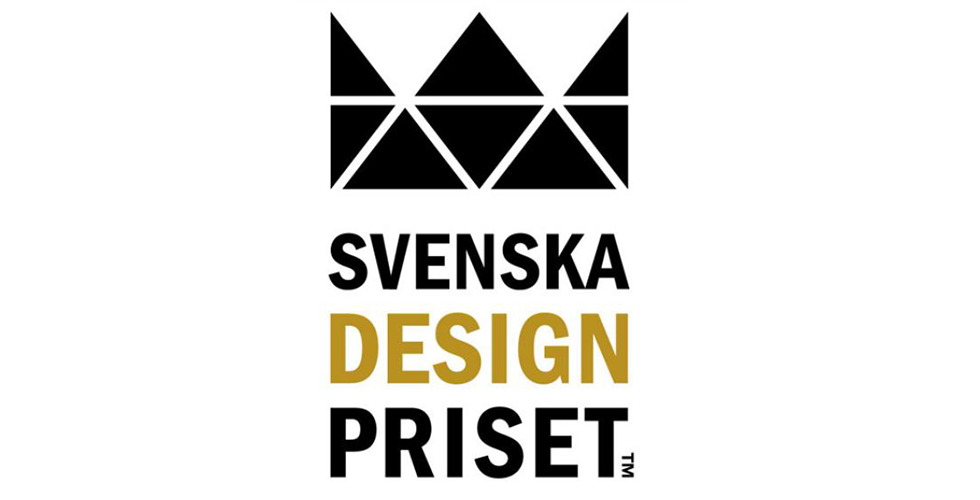 A book, an steampunk illustration and three magazines are our nominations for the Swedish Design Awards 2020: the book “The Steel Pioneer, the story of Pelle Söderberg 1836–1884”, our magazine “Företagshistoria” and the anniversary magazines “Stronger together – 20 years with the Axfood family” and ” Mäklarsamfunden 100 år – The story of a profession “.

The Swedish Design Awards are arranged by Batteri Kommunikation, the award ceremony will take place digitally in 2021.

Our nominated entries are: 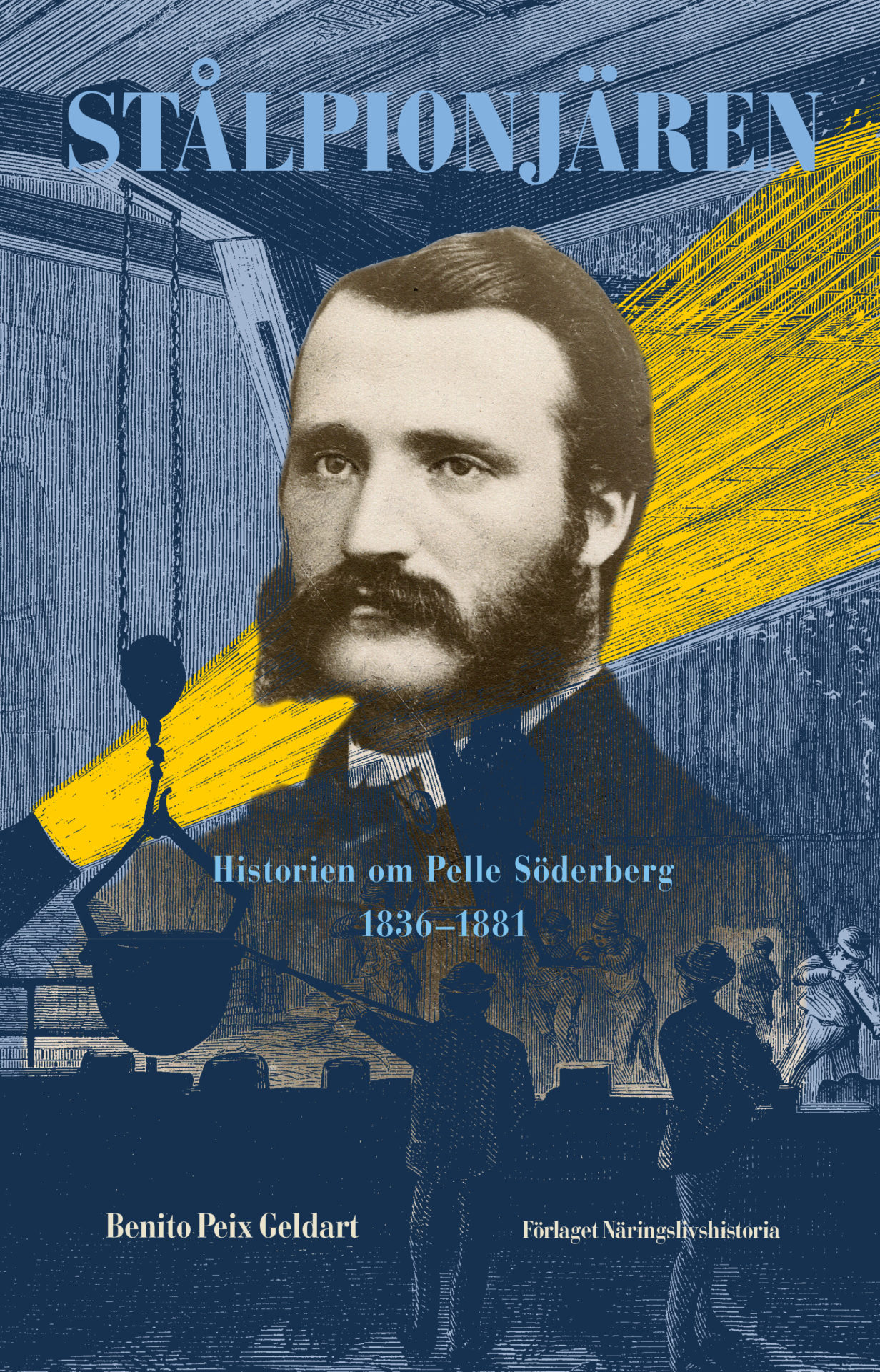 Nominated in the category Editorial – Book – print. For the first time, Pelle Söderberg’s life is depicted, based on previously unexplored sources. We also get to take part in unique pictures that tell the story of one of Sweden’s most influential corporate families.

Nominated in the category Editorial – Magazine – print. The inspiration is rooted in the 20th century European design heritage with straight lines, basic shapes and layers upon layers. Telling a story does not have to be black and white; Company history is bursting with color. 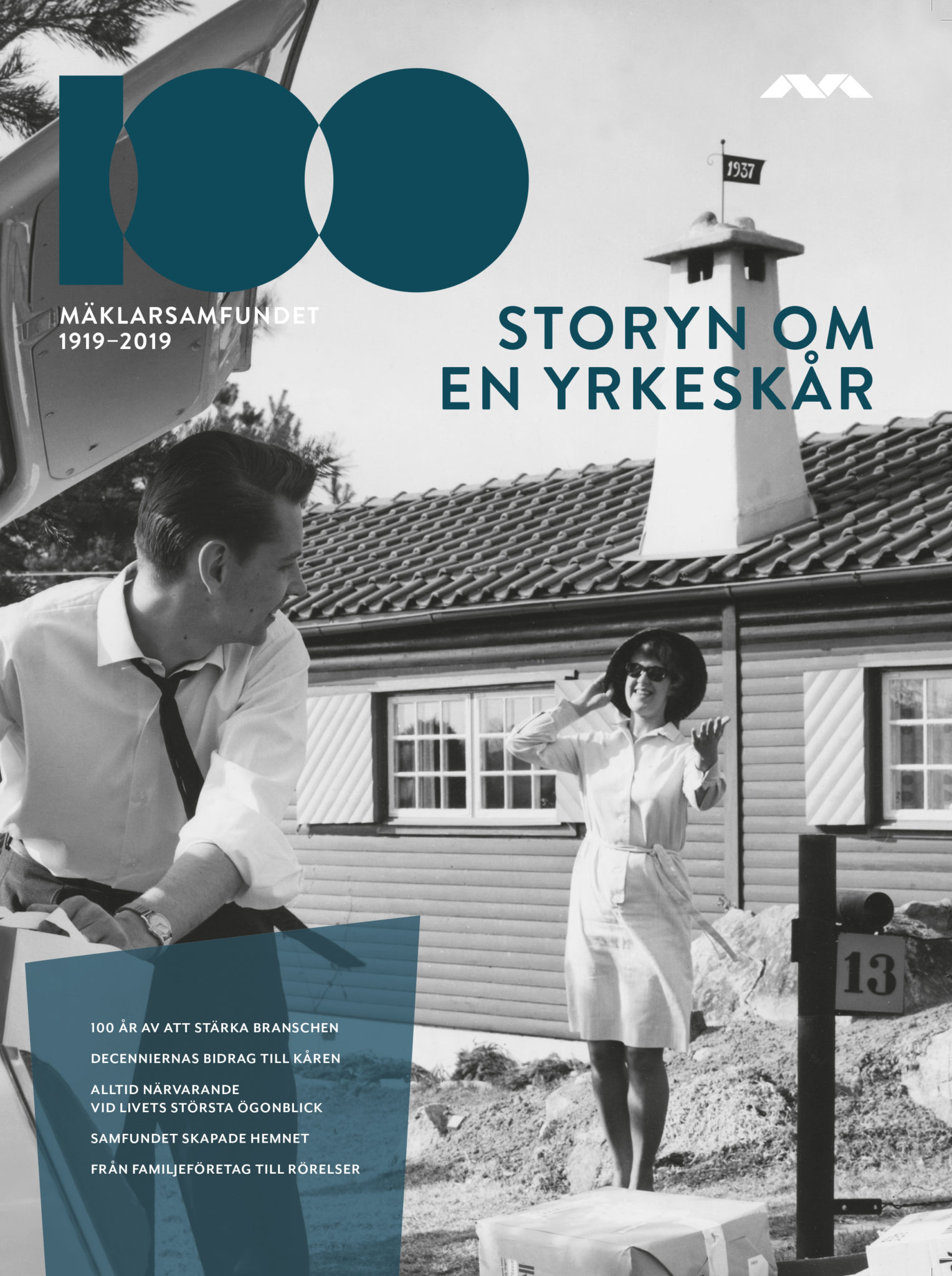 Nominated in the category Editorial – Staff / member magazine – print. The design is inspired by the first half of the 20th century as well as contemporary newspaper making – fonts and classic colors together with angular shapes provide a nice frame to the sprawling historical material. 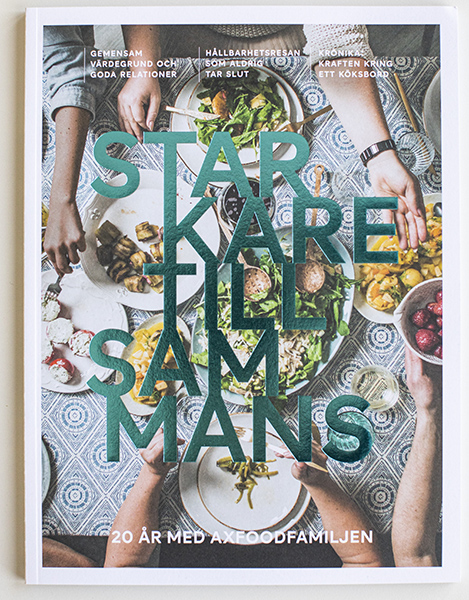 Nominated in the category Editorial – Staff / member magazine – print. To celebrate Axfood’s 20 years, we have created a magazine that tells the company’s history. The cover is built up of glittering typography, which signals birthday party, joy, and the motto Stronger together. 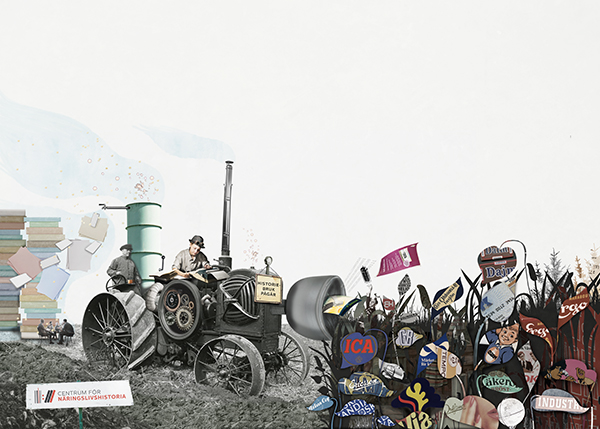 Nominated in the category Image Communication – Illustration and infographic. How can one describe our work visually? The image manages to capture the essence of the Center for Business History in a steampunk-scented illustration, which shows how the archives are harvested, the material is processed and then produced for the present. 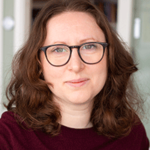