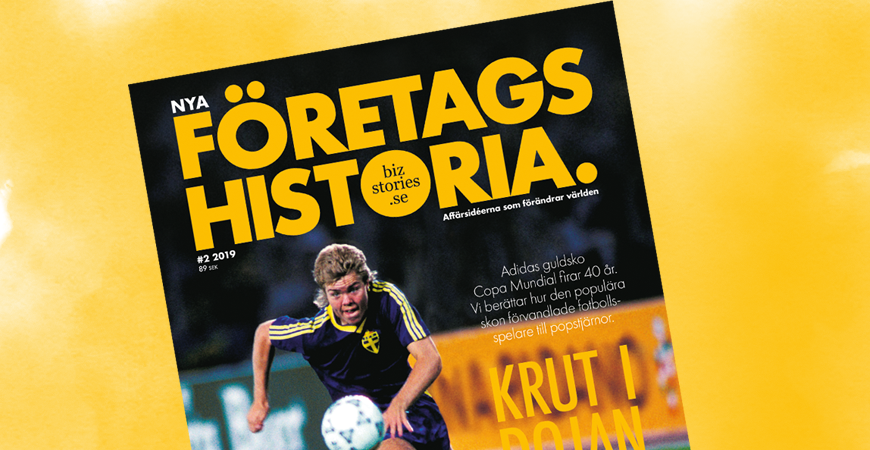 Your summer reading list is now complete: this year’s second issue of Företagshistoria is out and we focus on sneakers, snaps and the city of Örebro.

This year’s second issue of our qurterly magazine Företagshistoria shares how 40-year old football shoe Copa Mondial survived in an exploding business and how the 35-year old basketball shoe from Michael Jordan and Nike took sneakers from the gyms out to the streets, creating a sneaker hype. We also list the century’s most important sneakers. Also: learn what happened when the Swedish state decided it should sell vodka in the US. Spoiler: the vodka was Absolut. We therefore also interview ad men Hans Brindfors and Gunnar Broman who share how they worked with creating the brand Absolut.

Plus articles about wall paper makers from the 1700s, the 100-year old Association of Swedish Real Estate Agents, Volvo’s factory in Gothenberug, why more academics don’t research cars and a guide to the business history in Örebro.

Företagshistoria comes out four times a year and is issued in Swedish only.

an example of:
Magazine Företagshistoria