New site about the Brothers Nobel 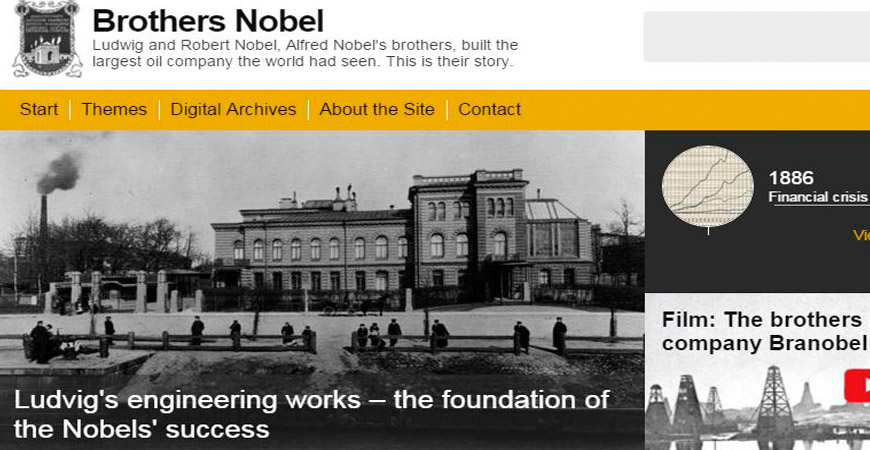 The Centre for Business History has created a web site, brothersnobel.com, about the Robert and Ludwig Nobel (brothers of Alfred) and their company Branobel which at the turn of the 1900s built a global company from just one Russian oil field.

The site tells the story of the company Branobel from the 1880s until the Russian revolution. it is the result of a cooperation between the Centre for Business History and a number of East European cultural heritage institutions, and also organizations related to the Nobel Family

Thomas Tydén, chairman of the Nobel Family Society, introduces the site and tells the story of the Brothers Nobel and their company in this short video:

And don’t forget to listen to our podd about the brothers (in Swedish): Radio CfN: The Brothers Nobel!

an example of:
nobel