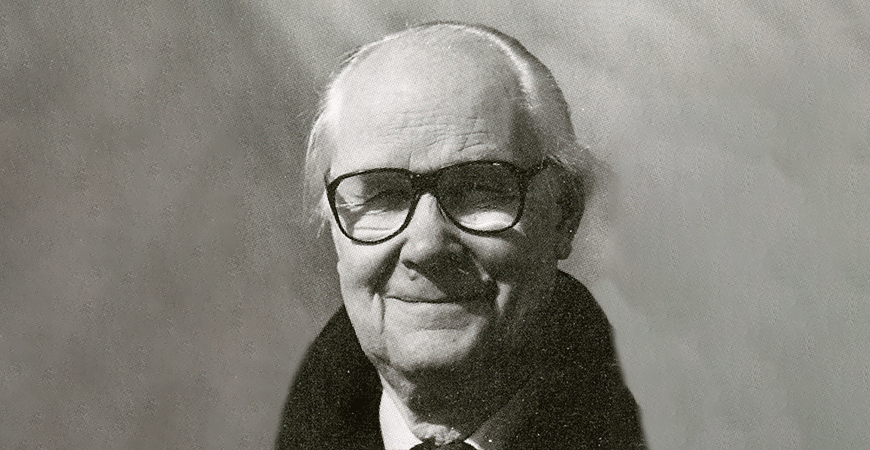 Nils Hallerby, one of the founders of the Centre for Business History (then known as Stockholms Företags­minnen) passed away on 10 April 2018, 97 years old. Business historian Anders Johnson paints his portrait. .

Nils Hallerby worked as a journalist at Expressen 1946-1966, during the last three years as the newspaper’s vice-editor. He served 1966-1973 as city council member in Stockholm for today’s Liberal Party, and then in the regional council until 1982. It was during his time as responsible for cultural affairs on the Stockholm council, from 1970 to 1973, that Hallerby became involved in founding the Association for Stockholm Business Memories (“Föreningen Stockholms Företagsminnen”), which later would evolve into today’s Centre for Business History.

The initiative for the new association came from Sven Olsson, chief archivist for Stockholm City Archives, who wanted to rescue business archives in the Stockolm read that were under threat of destruction. He contacted Hallerby, who was then the chairman of the archives committee, who supported Olsson’s proposal. A third key person was Lars Bergstig, former councilor secretary to Hallerby and at the time vice president at the Stockholm Chamber of Commerce.

Hallerby then became chairman of the association between 1982 and 1991.

Nils Hallerby was vital until the end, with full control over his well-organized personal archive. Anyone who wondered about something Hallerby had done as a journalist or politician since the 1940s quickly received a copy of an article or memorandum that he had written on the subject.