Nordic Industrial Heritage Culture in the 2020s:
Industrial heritage in the contemporary city – the example of Gothenburg 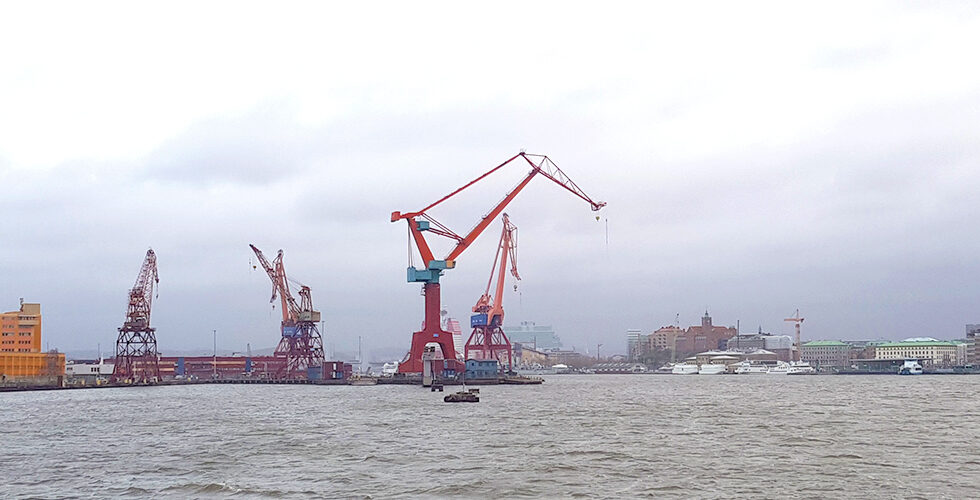 The role of industrial heritage in the contemporary city was in focus when the research network Nordic Industrial Heritage Culture in the 2020s conducted its third and final international workshop, in Gothenburg on 10-12 November 2022.

Previously, the Nordic-Baltic network has met in Horsens, Denmark (autumn 2021) and in Tampere, Finland (spring 2022). In November 2022, luck had come to Gothenburg, where project manager Susanna Fellman, University of Gothenburg, hosted the meeting in collaboration with the National Archives/Riksarkivet Gothenburg. At each workshop, the conditions at the chosen location have formed background for both internal project discussions and public seminars with invited speakers. In Horsens, the theme was national comparisons: similarities and differences regarding industrial heritage preservation in the various Nordic and Baltic countries. The Tampere meeting dealt with the importance of engaged citizens, companies and cultural heritage organisations.

As Gothenburg prepares for its 400th anniversary in 2023, the role of industrial heritage in the present urban setting is put to the fore. The city’s identity was long characterized by industrial companies and activities, but with globalization and deindustrialization, the city has changed its appearance in recent decades. The shipyards are gone, workplaces have been outsourced, institutionalized and international ownership has taken over leading companies. Today, the city’s identity is characterized by entrepreneurship in new forms and new industries, and the region belongs to Europe’s growth regions. But even as innovative start-ups make headlines, parts of the manufacturing industry that characterized the 20th century have not only maintained but strengthened their position. Deindustrialization is a fact, but it is not the only trend – simultaneously, there is revitalization in existing businesses and new industrialization in other fields.

During the workshop in Gothenburg, a public seminar was organized in Riksarkivet’s auditorium, under the heading “Industrial history as a frame for sustainable cultural preservation: The case of Gothenburg”. After Susanna Fellman’s and Maths Isacson’s introduction, Per Hallén, economic historian at the University of Gothenburg, spoke about how Gothenburg’s industrial past is reflected in the buildings and facilities that are preserved today. As Per showed, it is indeed possible to broadly comprehend the city’s older industrial eras through preserved symbolic buildings, even though much has been demolished – not least simple but important functional buildings such as warehouses, stables and warehouses.

Mart Kalm from the Estonia Academy of Arts discussed the approach of the new digital industries to industrial heritage and historical buildings, mainly from Tallinn – the city in Europe with the most unicorn companies per capita. He emphasized that the small-scale and aesthetically pleasing industrial buildings from independent Estonia during the interwar period have proved easier to preserve and reuse in comparison to the gigantic Soviet-era facilities. There are also differences in how different digital industries relate to historic buildings: while the IT companies are relatively uninterested in architecture with a historic character and are happy to establish themselves in new buildings, the creative industries (design, fashion, film, music, etc.) often choose to adapt or rebuild older buildings in order to profile their own business.

Karl-Magnus Johansson, archivist at Riksarkivet, spoke about the use and value of archives as industrial and cultural heritage. For something to become cultural heritage, it is not only necessary that someone assigns a value to this something, but also that it is actually used by people, he pointed out. Therefore, accessibility and user perspective are crucial in archive management. He also stated that company archives and other individual archives in Sweden, unlike other Nordic countries, lack legal protection.

Ulrika Ågren, who is responsible for Volvo’s historical archive, spoke about the historical heritage of Volvo as an invaluable asset for the company, but also discussed the challenges involved in winning the attention of the company management for this resource. For the 100-year celebration in 2027, a Volvo Experience Center is planned, which will include archives, a museum and much more. Birgit Karlsson, economic historian at the University of Gothenburg, ended the archive part of the day with a story from the user’s perspective – about her and Martin Fritz’s experiences in writing the history of ball bearing manufacturer SKF. Out of fear of being confronted with unfavorable pages of its own history, SKF chose for a long time to deny researchers access to the company’s archives, but after Karlsson and Fritz completed their company history, they were also commissioned to write a “white book”, clarifying the company’s activities during, for instance, the Second World War.

Sanja Peter, building antiquarian at the City Museum of Gothenburg, then talked about the long-term work to preserve and document not only the older industrial heritage but also facilities and environments from the entire 20th century. An integrated approach to conservation, reuse and new facilities, she believes, is a prerequisite for maintaining historical qualities in renewal projects such as Älvstaden, in the former shipyard areas on the northern riverbanks of the Göta Älv. Finally, Johannes Daun, historian and antiquarian at the Textile Museum in Borås, talked about the work carried out by the association Industrihistoria i Väst – a non-profit association with members including heritage institutions, companies and private individuals interested in industrial history. With small funds, the association runs a wide range of activities, including program activities, a magazine, knowledge distribution and forming opinions.

The project-internal part of the workshop included a tour along Norra Älvstranden’s converted industrial environments under the expert guidance of Per Hallén. However, most of the time was spent discussing draft articles that the project participants will publish in a theme issue of the Nordic industrial heritage journal Fabrik og Bolig in 2023. This theme issue will collect national overviews from Sweden, Norway, Finland, Denmark, Estonia, Latvia and Lithuania. Overall, the theme issue will provide a multifaceted picture of the conditions for industrial heritage and conservation in the Nordic and Baltic countries – historically and in the 2020s.

The research centre at the Centre for Business History in Stockholm manages independent research projects that highlight the development of Swedish business over time. The projects are financed by external trusts and research grants.

an example of:
academic researcharchiveresearch secretariat