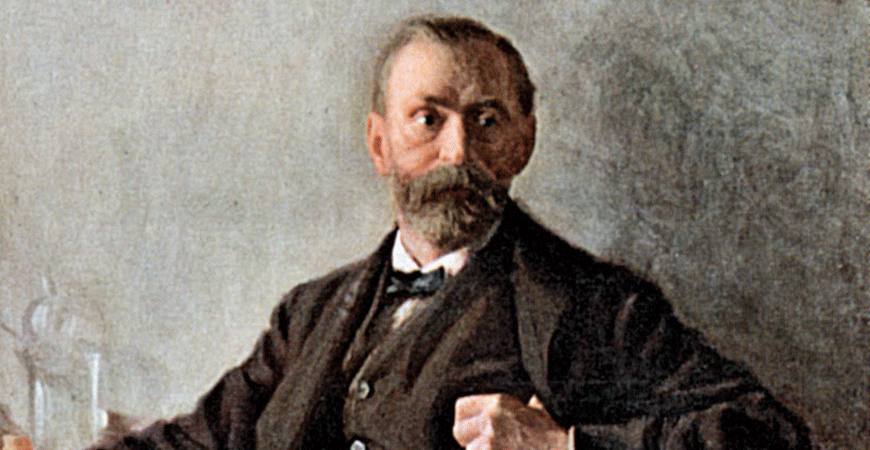 The older he became, the more melancholic and life weary Alfred Nobel seems to have become, far from his happy youth. Why was Alfred Nobel so sad?  Author Bengt Jangfeldt, while researching a coming book on the Nobel Family, found a letter that explains a lot.

Author and professor of Slavonic languages, Bengt Jangfeldt, is writing a book about the Nobel Family and their ventures in Russia.  The book will be published by Business History Publishing, an imprint from the Centre for Business History.

Today, Swedish daily Svenska Dagbladet publishes an essay from Bengt where he shares the discovery he made while researching the book.  After reading close to a thousand letters between the three Nobel brothers and their extended family, he came across a completely new piece of information about Alfred Nobel, in a letter from Alfred to his brother Robert.

It seems the famed inventor suffered from syphilis.

– At once, his lonely and misanthropic personality is given more context, says Bengt to Svenska Dagbladet.

The book project about the Nobel Family is a continuation from the many earlier projects from the Centre for Business History has done in Russia covering Swedish business history in the area from before the Russian revolution, such as large-scale digitization of archive material in Baku (Azerbaijan), Tbilisi (Georgia), and S:t Petersburg (Russia).

The book, which is planned for release in 2020, will present the history of a unique industry family, starting with Immanuel Nobel’s travels to Russia in 1838 and continuing with sons Ludvig and Robert’s enterprising mechanical workshops and the Russian oil industry. The brothers built Branobel which became one of the largest oil companies of its time, surpassed only by the Rockefeller family’s Standard Oil. Brother Alfred’s activities in Tsarist Russia will also be covered.

Radio CfN: Listen (in Swedish) to Bengt Jangfeldt give an update on his book research in November 2018

an example of:
AlfredThe Nobel Family