Our Corona Project:
The archives tell the true story of the Covid crisis. 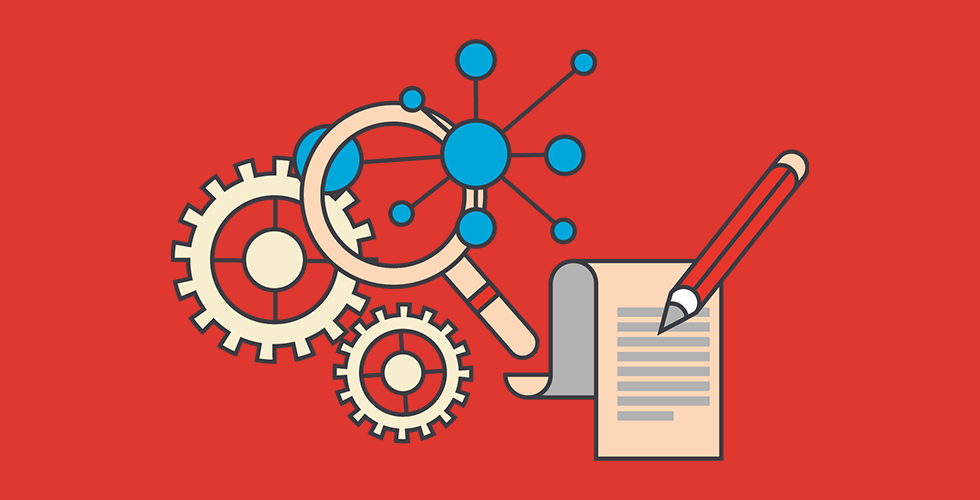 During the corona crisis, various actors have quickly wanted to infer other changes and shifts in society as a result of the pandemic. Interest groups have often reverted to their old arguments – and based on it formulated solutions for a world post-corona. But if we are to draw lasting lessons, we need both historical knowledge and documentation of what actually happened during the crisis. The Centre for Business History has collected material and rapid-response documented through-out the pandemic, to truly capture how it affected the business community – as it happened.

Already in March 2020, the Center for Business History launched a project to continuously document how the corona crisis affected the Swedish business community. We wanted to follow what happened while it happened – and create research material that future researchers can use. As an archive and business institution, we are used to subsequently reconstructing how great upheavals have taken place. This time we saw the opportunity to document in real time the twists, turns and choices that took place. This also reduces the risk that the reconstructions will be colored by narratives that have been set afterwards.

For a year and a half, we have now continuously documented the crisis. Through a large number of interviews with company leaders, recurring surveys of companies and a comprehensive media database, we have material that tells about how the crisis was perceived, how it affected, adjusted and in some cases benefited Swedish companies and industries. In our interviews, owners and business leaders as well as representatives of industry organizations have openly shared experiences and experiences.

In the future, we will make all this material available for research. Because when the crisis now hopefully comes to an end, the discussion about Sweden post-corona begins to pick up speed. Several actors take the opportunity to predict the future with more or less substantiated analyzes. In some cases, the crisis is used as an argument to confirm agendas that have been established long before.

At the same time, history shows how difficult it is during the current crisis to draw conclusions about the lasting effects of the crisis and how it will be understood and reproduced afterwards. Lessons and experiences from the process itself will therefore be important in the future. Our documentation of the business community during the pandemic provides such a starting point. We have an unbroken chronology while combining breadth and depth. This should make the documentation interesting for large groups of researchers and other users.

In addition, the business community often serves as a good starting point for studying the present, including its crises. The corona crisis is no exception, rather the opposite. The hoarding of basic goods in the grocery stores in March 2020. The closed servings. The companies’ rapid transition to telework. The plunge of the entertainment industries raises questions about how we had fun during the pandemic – and what entertainment life will exist at all when it’s all over. In the same way, the growing demand for pets, garden products, building materials for home fixers and interior design products can tell us about how everyday life changed.

The corona crisis is so clearly about both life and finances. Compared with previous pandemics, the business community is considerably more affected this time. The human dimension – issues of life and health – is also more central than in previous economic crises.

In our interviews and surveys, it appears, among other things, that small companies have in many cases been hit harder than large ones – and have had more difficulty taking advantage of the support measures offered by the public community. The material also shows how time horizons have shifted in several ways. The notions of the length of the crisis have been drawn out and shortened several times. It has probably both hampered and spurred innovation and planning.

The same applies to the extent of the crisis from the regional to the global level, and to the fact that some countries and regions seem to be recovering from the crisis faster than others. Furthermore, new and closer collaborations have emerged in the business sector. Companies in widely different industries have helped each other and healthcare. The trade associations have acted as support hubs for their member companies. Through support packages and measures, the business community and the public sector in the form of the state and municipalities have had close dialogue and cooperation. This is in addition to the more obvious observations that digital working methods have made an impact on a broad front and that the importance of travel, premises needs and issues of production chains and warehousing are being reconsidered.

As business historians, we can already state that a similar stage has never before taken place in peacetime, neither in terms of the speed of change, its scope nor in the public support measures. It is still too early to say with certainty about the lasting changes of the crisis, but the discussion has begun and will continue. There, the writing of history will be important. It needs to be based on objective conditions and research in order to avoid polarization and actors who want to exploit the crisis for their interests.

The Center for Business History documents the Corona crisis

The Center for Business History’s mission is to preserve and present the history of business life, and therefore we are now documenting the corona crisis in real time. We collect material on how companies handle the crisis – on fears, hopes, crises, measures and future investigations.

Read more about the project here