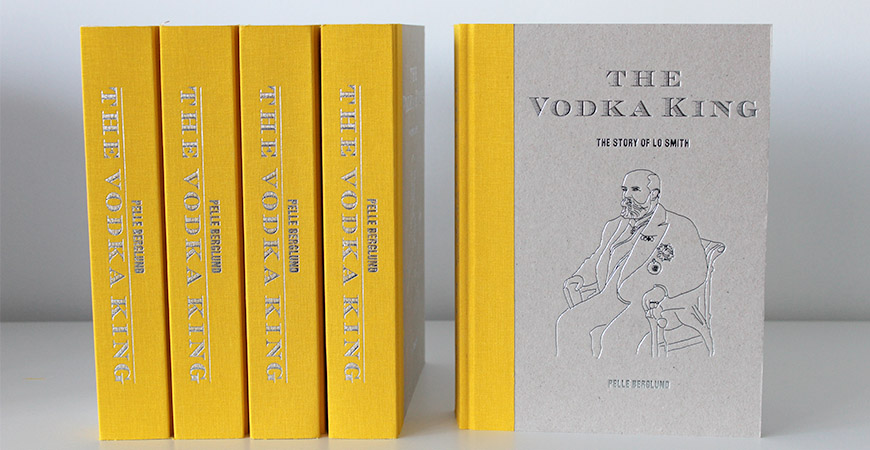 A brand new book from Business History Publishing tells the life story of L.O. Smith, the man who we today know mostly as the face on the Absolut bottle. But “The Vodka King” by Pelle Berlund tells the riveting story about a man who was an entrepreneur, a politician and a global industrialist in the 1980s.

Born in poverty, Lars Olsson made his own success under the name L.O. Smith and became one of the most prominent – and infamous – business men of the late 1800s. He was know as “the vodka king” but also as a proponent for workers’ rights, a member of parliament and one of Sweden’s richest men. When he wasn’t going bankrupt.

Author Pelle Berglund paints a portrait of the man using letters, diaries and other archive material.

”The Vodka King” is published by our division Busines Press Publishing and is a transltion of Brännvinskungen – berättelsen om LO Smith, which we also published this year, and which in turn is an updated and revised version of Berglund’ book ”Kung Brännvin” (Prisma, 2008.)

Project team at the Centre for Business History was:

Magnus Koch translated the book into English from the Swedish original. The book was designed by Patrik Sundström. Print: Åtta.45 Tryckeri AB, Järfälla

Buy the book in our store