One of our clients
Atlas Copco

The industrial group Atlas Copco both preserves and presents its corporate history together with the Centre for Business History. Its archives are managed at our facilities, and we’ve also helped the company manifest its history online, in events and in print.

The collaboration with the Centre for Business History began for Atlas Copco in early 2000, when the company’s extensive photo and film archive was moved to our facilities in Bromma. The remainder of the historical material followed in 2007 and has since been properly arranged, described and made available for future researchers.

Over the next years, we carried out several in-depth interviews with various long-serving coworkers and managers at Atlas Copco.  A large number of stills and films were further digitalized in 2011.

For Atlas Copco’s 140-year celebration in 2013, we produced a substantial amount of web content about the company history, which was published in a special history section on the corporate website. Over 20 articles are there now grouped into four themes: Building the company, Developing and selling products, Landmark projects and Around the world. 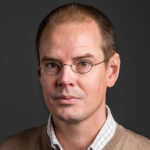