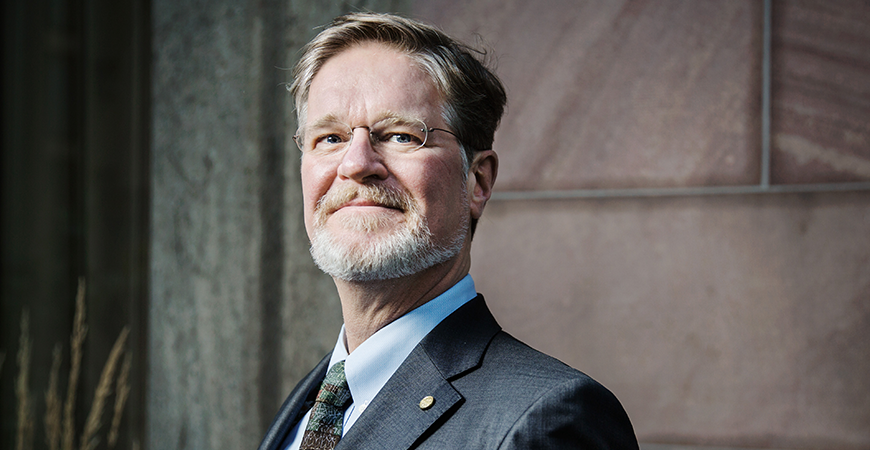 The Royal Patriotic Society’s medal for the preservation of Swedish cultural heritage for 2018 goes to Alexander Husebye, CEO for the Centre for Business History in Stockholm. The award will be given on 6 December.

Alexander is awarded the Cultural Heritage Medal by the Royal Patriotic Society for his work as CEO for the Centre for Business History in Stockholm since 1997. The motivation reads:

The non-profit organization Centre for Business History in Stockholm works to promote enterprise, by preserving, presenting and researching business history. The institution has become the world’s largest historical business archive. As head since many years, Alexander Husebye has successfully developed  the organization and established a fruitful cooperation with both business and academic research communities. This work continues to put the spotlight on a rich and important cultural heritage, which is used also to further today’s businesses.

The Royal Patriotic Society describes the award in more detail on its website (in Swedish), but we took the opportunity to our CEO five questions:

How does it feel to receive the Cultural Heritage Medal, Alexander?
I was both surprised and honored by this distinction. I take it above all as confirmation that the work we do everyday at the Centre for Business History has a larger value for society, in preserving and presenting the history of Swedish business.

What does digitization mean for the area?
The same as for all areas: digitization is both a challenge and an opportunity. It’s a challenge since, paradoxically, it has become easier than ever to erase historical documents. Just consider all the hard drives and email accounts that are wiped clean on a regular basis. In an analog world, project binders and correspondence were “left over” in another way. So today we have to systematize the archival work and actively preserve even more than before.  But, then, if we just do that, digitized archive material will make retrieval and research easier than ever before, both for us as an archive institution and for society as a whole.

What does the archive of the future look like?
A vision we have for the archives of the future is that they are even more accessible than they are today. Not that this is a particularly new vision, it’s really part and parcel of what developing good archives has always been about. And the next step in that evolution is to have archives that seamlessly combine analog and digital documents, to make events and stories from accessible even faster than today.

What milestones in your own development at the Centre for Business History are you particularly proud of?
In the immediate past is the launch in 2016 of our publishing house Business history Publishing, which has been a great success. That year we also held our first History Marketing Summit, where we gather archivists and marketing professionals from Swedish and international companies.

In 2015, we were entrusted with the archives of the Bonnier publishing group. We were already caretakers of the archives from all other leading Swedish publishers, such as Norstedts and Natur & Kultur. With this new addition, we have the world’s largest publishing archive.

And in 2014 we celebrated for the first time the fact that on 18 June 1864, all Swedes were given the right to start their own businesses. This Freedom of Trade Day has become an unofficial anniversary for Swedish enterprises.

There’s Swedish business history also outside of the country. In 2010, we began digitizing the archives of the Nobel enterprises in Azerbaijan, Georgia and Russia. At this moment, author Bengt Jangfeldt is using this material when writing a broad history about the Nobel family. They were so much more than “just” their famous little brother Alfred.

In 2008, we began telling the story of women’s entrepreneurship and enterprising through the centuries. This resulted in books and TV-shows and continues to this day, as we a part of the launch of a Women’s History Museum here in Stockholm.

In 2006, we took the name we have today, Centre for Business History, which made us a nationally and internationally recognized operation. Until then, our name Stockholms Företagsminnen (or Stockholm Business Memories, in loose translation) only really indicated our origins from when we were founded in 1974.