Alexander on Swedish radio
about the fall of the Berlin Wall 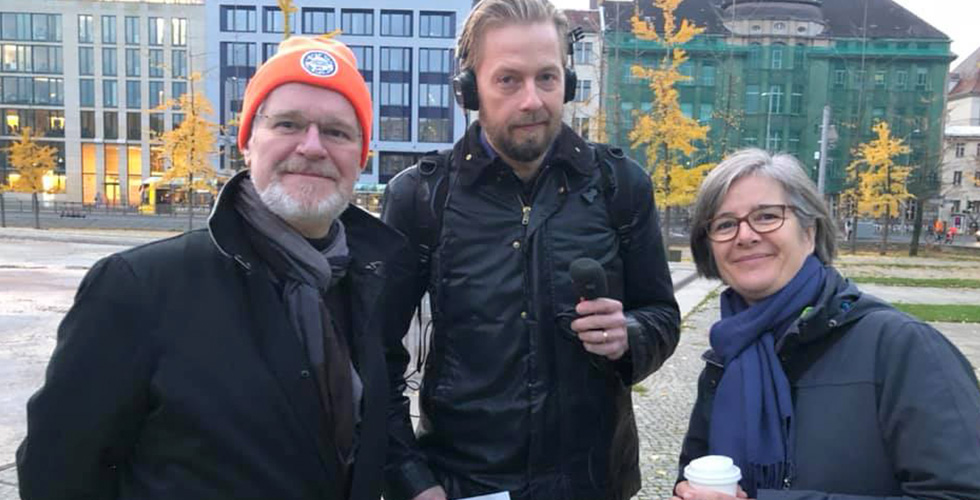 On Sat 9 Nov, it’s 30 years since the fall of the Berlin Wall. At Invalidenstrasse in Berlin, this morning, Swedish public radio interviewed our Alexander Husebye about the historical business effects of German reunification.

For 28 years, the Berlin Wall was a dominant symbol for the European split that had followed after World War II.  When the wall came down on 9 November 1989, it marked the end of communist regimes and the beginning of a new Europe.  Alexander Husebye, our ceo, happened to be in Berlin during those dramatic and historical days in 1989, and experienced the euphoria and bewilderment that dominated the city.  In the interview with Swedish Radio’s P1 Morgon’s Magnus Thorén, live from Invalidenstrasse i Berlin this morning, he reflected on this and also on the historical business aspects of German reunification:

– The privatization of state-owned enterprises in the GDR that followed reunification was on a scale that the world had never seen before. 12,000 companies were privatized, about 4,000,000 people’s workplaces were transformed with many workplaces also just disappearing. It was a process marked also by scandals and crime. A very unique event, that we’ve never seen before and not since, either, Alexander said.

Listen to the radio interview here (in Swedish)