Analog treasures in the Pixar Archives 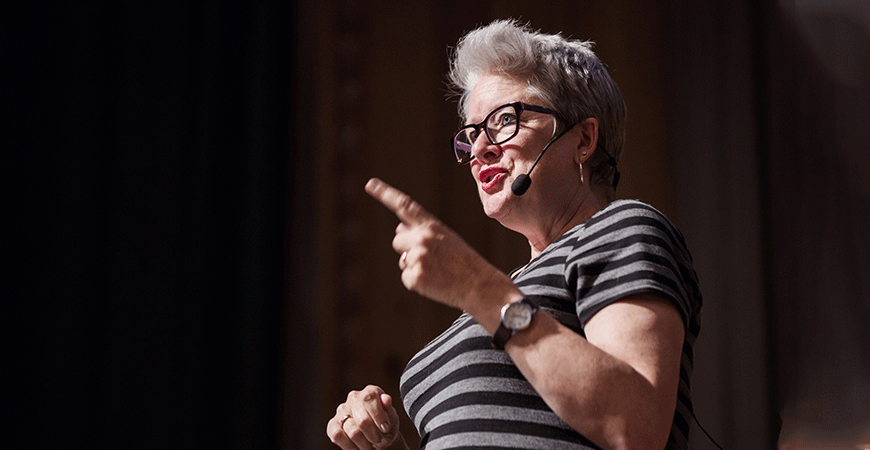 Pixar Animation Studios in Emeryville, CA has built a name for being at the forefront of computer animated movies. But behind the ones-and-zeros of the finalized films are an abundance of physical sketches, paintings and sculptures. You find it all at Pixar’s corporate archives, explained Christine Freeman, the company’s senior historian at History Marketing Summit 2018

Christine Freeman, senior historian at Pixar Animation Studios, was one of the speakers at this year’s History Marketing Summit 2018. She shared how surprised many are when she describes the material that she and her colleagues manage in the archive.

“People often expect that everything we work with should be digital, since our animators work digitally. Much of what is saved in the archives, though, is much more traditional. We’re talking about sketches, paintings, cartoon storyboards and physical models that form the foundation for what later on will be animated,” says Christine.

Naturally, material that is “born digital” is also preserved. In the company’s “Art and Story Collection”, there are art pieces from blockbuster movies such as Toy Story, The Incredibles, Cars, Inside Out and Coco. The archive also holds much material that was considered, but never used in the final versions of the movies.

As Pixar, which was founded in 1986, neared its 20th anniversary, filmmaker Leslie Iwerks made a documentary about the company, called “The Pixar Story”. While working on this Emmy-nominated documentary, film and interview materials were collected, much of which did not make it into the final film. All this, plus Leslie Iwerks’ own research material, was added to the non-production “Historical Collection” at Pixar.

See the trailer for Leslie Iwerks’ film The Pixar Story

The collection also includes artifacts from the company’s former premises in Point Richmond. When Pixar decided to move to today’s location in Emeryville, a collection bin was set up for employees to deposit what they thought should be saved. Many photos and documents from previous and current employees were collected in this manner. Christine herself walked around and collected items she thought ought to be preserved.

“On the last day in the old office, I ran around with a cheese plane and peeled things from the walls, like the kitchen sign,” says Christine.

Today, the Pixar archives are widely used, both internally externally. The archive is an inspiration for production teams, who want to explore previous characters for new movies, or, producing books, promotional products or extras for in-home releases. At the close of each film production, there is also an exhibition in the company’s headquarters, celebrating the production process itself. This is done partly for the company’s employees, but also to show visitors and press what Pixar is working on.

Goodies from the archives are also displayed externally, in particular the mobile exhibition “Pixar 30 Years of Animation“, which began its journey at the Museum of Modern Art in New York 2005. It is an exhibition to date seen by 5.7 million people in 17 countries.