“History of a Company”
We wrote a new series for Storytel 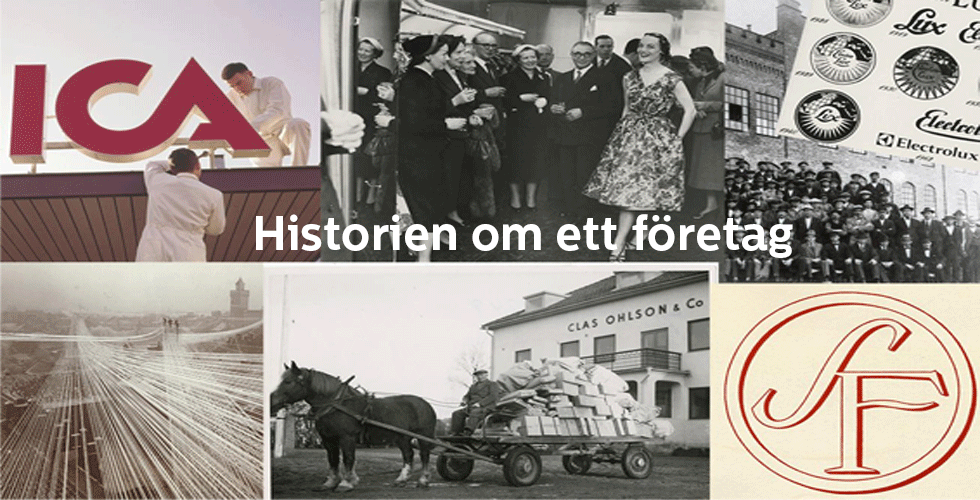 Today we launch History of a Company, a new audiobook series on Storytel, exclusively written by us at the Centre for Business History. Eight newly written audio books tell the history of eight Swedish companies, about inventive entrepreneurs, brilliant ideas and a sometimes very roundabout way to success.

History of a Company is a new audiobook series about some of Sweden’s most well-known companies, written by the Centre for Business History in Stockholm, exclusively for audiobook service Storytel. The series presents, among others, the skilled cheese salesman who turned a lady’s clothing store into a global fashion empire, the inventive electric car pioneer who ended up fighting patens with Thomas Edison and the wholesales provider who made an impossible idea real and created the country’s largest food retailer.

“We are always looking for new ways to tell the history of Swedish business. Society’s development has to a large part depended on the ingenuity of entrepreneurs and business people. When Storytel approached us with the idea of creating audio books about some of Sweden’s most known companies, we jumped at the opportunity,” says Anders Sjöman, head of communication at the Centre for Business History.

History of a Company is read by Per Runhammar. The eight-part series, launched on 5 Sep, feature the histories of H&M, ICA, Ericsson, Clas Ohlson, Vin & Sprit, Saft, SF Studios and Electrolux.

“These are eight fascinating stories about companies that so many Swedes have a relationship with. We see how the demand for fact-based and compelling literature grows among our customers, and I believe and hope that this series will be loved by many,” says Joakim Tholén publisher for Storytel Original Non Fiction.

Listen to the History of a Company on Storytel.

The eight parts of the History of a Company are read by Per Runhammar and written by: