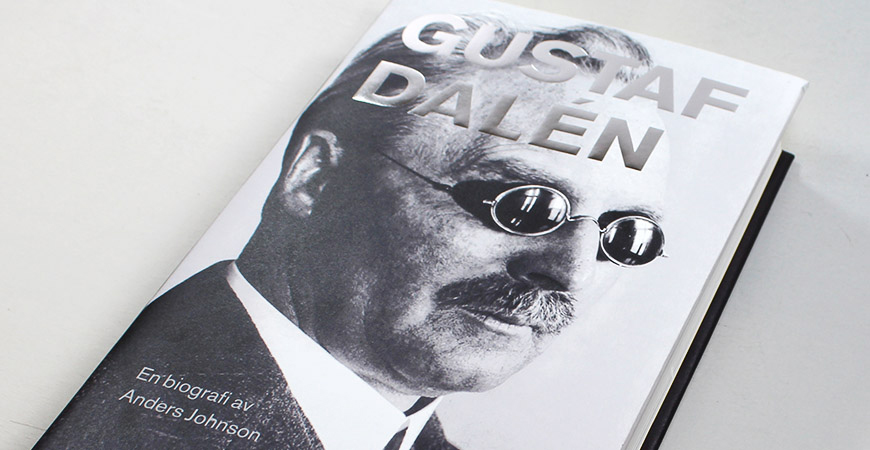 “Gustaf Dalén”, Anders Johnson’s biography of the inventor, AGA founder and Nobel Laureate is now available as softback. The book from Business History Publishing is a richly illustrated and modernly designed story about one of the most exciting people in Swedish business history.

Business History Publishing first published “Gustaf Dalén: en biografi” in 2016. Now, in connection with Gustaf Dalén’s 150 year anniversary, we are releasing a revised edition as soft-cover. The new edition is available in Swedish only and will be sold through-out the anniversary year.

Gustaf Dalén was a farmer’s son from Stenstorp in western Sweden and is to date the only Swedish business leader who’ve been awarded a Nobel prize. He gained his success from the invention of the automatic AGA-light houses, but was also behind well-known products such as the AGA-stove. In 1912, AGA received a large order for lighthouses and light buoys for the Panam Canal, which gave the company its international breakthrough. That ssame fall, Dalén lost his eye sight after a gas tank test gone wrong, only months before receiving the Nobel Prize in Physics. But even after the accident, now completely blind, Dalén continued to invent and lead AGA until his death in 1937.