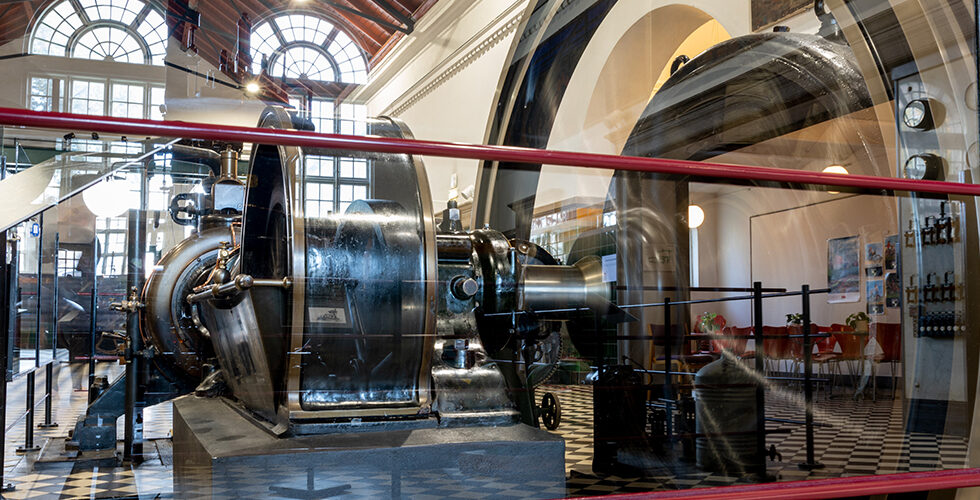 How has business globalization, digitization and relocation affected our understanding of industrial heritage culture? An interdisciplinary research group with participants from Denmark, Finland, Norway, Estonia, Lithuania, and Sweden has now formed to discuss the relevance of industrial heritage in the information society, during three workshops.

The collaboration is a pilot project, financed by the NOS-HS foundation. It aims to strengthen the network between Nordic-Baltic industrial heritage agents and to initiate an international research project on the changing meanings of industrial heritage.

An inaugural workshop took place at the Industrial Museum of Denmark in Horsens, Jutland, 5–7 November 2021. It was organized by Morten Pedersen, head of department at the Historical Museum of Northern Jutland, and Caspar Jørgensen, special consultant at the Palaces and Culture Agency.

The workshop focused mainly on similarities and differences between the different Nordic and Baltic countries during their transition from industrial to information society:

Maths Isacson, professor of Economic History at Uppsala University, started by drawing important dividing lines between the high-industrial period of the 20th century and the global industrial age in which we live today. Susanna Fellman, professor of Economic History at the University of Gothenburg, continued by discussing the effects of this transition concerning the location and mobility of industrial companies, in terms of reshoring and homeshoring.

Thereafter, Kristoffer Jensen, director of the Industrial Museum of Denmark, spoke about the role of museums in industrial heritage work. Finally, Anders Houltz, head of research at the Centre for Business History in Stockholm, discussed how awareness and engagement concerning industrial heritage and preservation can be strengthened among companies and the general public.

Day two started off with a tour of industrial landmarks in Horsens city, led by Caspar Jørgensen, after which the workshop continued with a discussion about concepts, methods and possible study objects.

However, the discussions are far from over. During 2022, the project will organize two more workshops, one in Tampere and one in Gothenburg, with the aim to formulate a joint research application.

Today’s industry differs in many ways from that of the 20th century, but it continues to set its mark on our society – how can we comprehend and narrate this historical transformation? The two upcoming workshops will seek to answer that question.

The research centre at the Centre for Business History in Stockholm manages independent research projects that highlight the development of Swedish business over time. The projects are financed by external trusts and research grants.