The Swedish telephone company Ericsson celebrates a full 130 years of activity in Australia with the help of photos and videos from the company’s historical archives that are deposited with us here in Bromma, Stockholm.

Ericsson Australia has celebrated its impressive 130 years by producing a film about the anniversary. The Center for Business History’s service desk has helped with research into photos and film clips from before, that appear in the film. 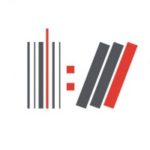 Our service desk for member companies, researchers and the interested public

an example of:
History Marketing

2021-06-17In 1820, the first savings bank in Sweden opened. The 200-year development of the savings bank movement since then reflects both the country’s and the...

Our new Research Advisory Board now in place

2021-03-22A new Research Advisory Board has been put in place, to help us at the Centre for Business History evaluate our activitites and to disseminate knowledge in the academic world.

Now out: Företagshistoria's first issue for the year

2021-03-12Learn more about the history of corporate health care, how to develop ski reseorts and Danish-Swedish beer. Among many things.