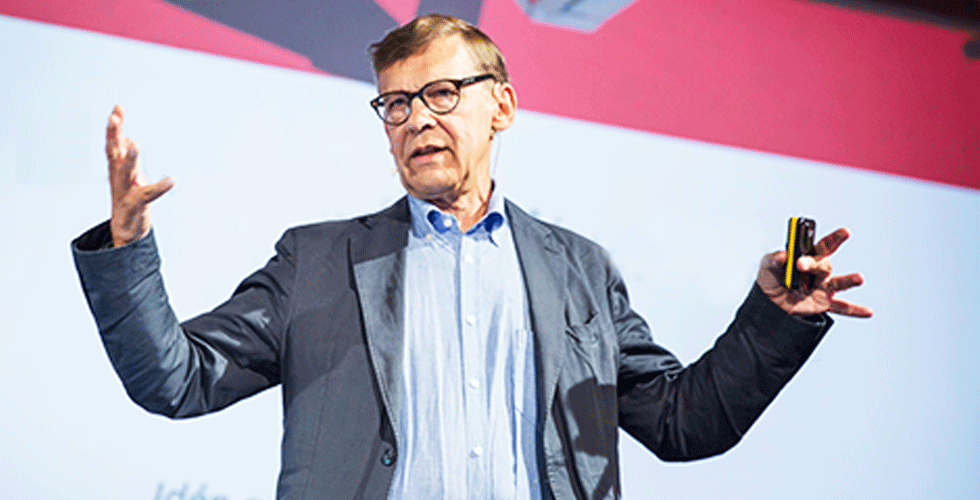 Business writer and historian Anders Johnson is this year’s receipient of the Business History Award. He receives it for his – already extensive – work in writing and lecturing about the history of Swedish entrepreneurs and enterprises, and in doing so sharing the history of Swedish business. With the award comes a sum of 100 000 SEK. The award will be given on 5 September at the annual History Marketing Summit.

The first recipient of the award is the business writer, historian and educator Anders Johnson. He was chosen by the award jury after an open nomination period had resulted in large number of candidates, from both academia and business.

“Anders Johnson is a most deserving recipient of the first Business History Award ever. He is an established historian with over 150 books behind him and is still in the midst of his work as an educator. His work spans entrepreneurs and companies and industries, always putting the events he describes in a broad historical perspective,” says Lennart Francke, jury chair for the Business History Prize.

Anders Johnson’s extensive production includes monographs on entrepreneurs such as Gustaf Dalén and Isaak Hirsch, social descriptions such as “The immigrants who built Sweden” and guides like “Fånga platsen” (“Seize the Place” in loose translationi), a guide to Sweden’s corporate history.

Anders Johnson will receive the award on September 5 at the annual History Marketing Summit in Stockholm. He will then also give an award-lecture, sharing his thoughts on how business histgory is portrayed in books, films and media. What types of companies, industries, people and phenomena are normally given the spotlight – and which ones are usually forgotten?

“The history of Swedish companies mirrors the development of our full society, especially since Sweden gained freedom of business in the mid 1800s. I take this award as an encouragement to tell many more of these stories,” says award receipient Anders Johnson.

The Center for Business History, which instituted the award, is one of the world’s leading business archives. It helps Swedish companies handle their historical material in professional archive solutions, both physical and digital. Companies are also offered support in actively using their history as a strategic asset and for business support. In addition, the Center for Business History, through its research secretariat, conducts independent research and initiates projects in interdisciplinary collaboration.

The jury’s full motivation for this year’s award reads:

“The writer, historian and educator Anders Johnson receives the Business History Prize 2019 for his – already long – work in highlighting Swedish business history, showing how entrepreneurs and enterprises contributed to building our society. With over 150 books behind him, he is still in the midst of his production. His initiated and engaging stories span entrepreneurs, companies and industries, always putting the events he describes in a broad historical context. “

For inteviews, press information or press tickets to HMS19, contact:

an example of:
business history award